A housing association had put its tenants at risk after breaching the Home Standard, the Homes and Communities Agency (HCA) concluded.

Circle Housing, which forms part of 125,000-home landlord Clarion Group, had ‘risked serious detriment to its tenants’ after failing to address ‘hundreds’ of repair issues and tenant complaints.

According to a HCA regulatory notice released today, the regulator had received referrals and complaints regarding the association’s repair and customer services from “a wide range of sources” including tenants, councillors and MPs since April.

Those included issues affecting vulnerable residents and covered “a very broad range of individual cases” coming from an area covering thousands of homes operated by Circle, particularly in east London.

Poor customer service had also created “significant barriers to reporting repairs” and resulted in a large backlog of complaints that had been outstanding for a long time, according to the regulatory notice.

Clarion has apologised “unreservedly” is set to address the issues as Circle no longer exists following the merger. The landlord had put in place “resources and structures” to improve the services but had acknowledged resolving the underlying causes may take “some time”.

“We recognise the concerns that have been raised by the regulator. Those residents who have been affected deserve an apology and I offer that unreservedly. It is unacceptable that some residents have been impacted by poor quality services, we need to understand how this has happened and we need to move things on. I am confident that we have the right balance of determination, skills and experience at Clarion Housing Group to solve these problems.”

In light of the broad nature of the issues, the number of tenants affected and potentially affected, and the duration of the problems, the regulator has concluded this has had the potential to risk serious harm for Circle’s tenants.

During early 2016, the regulator received assurance from Circle that the performance of its emergency and urgent repairs service in east London, which had been the subject of a regulatory notice from April 2015, had improved significantly.

Clarion will retain its grading of G2 for governance and V1 for financial viability.

On Tuesday (20 December), Moody’s downgraded the ratings for Clarion to A2 with negative outlook and withdrew rating on Circle Housing Group. The downgrade to A2 reflects the weaker credit profile of Circle as a result of the merger of the two similar-sized housing associations as well as the increased risk stemming from Clarion’s planned increase in development ambitions. 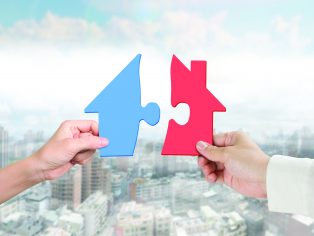