The latest report from the English Housing Survey has revealed that overcrowding is at its highest ever recorded rates in both the social rented and the private rented sectors.

The overall rate of overcrowding in England in 2019/20 was 4 per cent, with approximately 829,000 households living in overcrowded conditions – up from 3 per cent, or 682,000 households in 2016/17, but this masks big differences between different tenure types.

The number and proportion of overcrowded households in the owner occupied sector has remained relatively stable over the last 20 years. Conversely under-occupation rates (having two or more spare bedrooms) has increased for owner occupiers and declined for renters.

Between 1999/00 and 2019/20 the proportion of owner occupiers living in under- occupied accommodation increased from 43 to 52 per cent. Over the same time period, under-occupation in the social rented sector decreased from 12 to 10 per cent and in the private rented sector from 19 to 15 per cent.

The report also found that in general terms, social renters have lower levels of well-being and are more likely to be lonely than home owners and private renters.

Personal well-being remained relatively high in 2019/20 and the average life satisfaction score was 7.7 (out of ten), although this varied by tenure and social renters scored lower across all well-being measures. Social renters also had higher levels of anxiety, scoring 3.2 (out of ten) compared with 2.9 for private renters and 2.5 for owner occupiers.

The average usable floor area of all dwellings in 2019 was 95 square metres but significant differences exist across different tenure types. Homes in the social sector tended to be smaller (at 66 sq m) than homes in the private rented sector (76 sq m), while owner occupied homes (at 108 sq m) were, on average, much larger than rented homes.

The majority (83 per cent) of dwellings in England had a private plot (for the sole use of the dwelling) and a further 16 per cent had a plot shared with other dwellings. The remaining 1 per cent did not have a plot at all. This varied widely by tenure.

Shared plots were most prevalent in the social sector: 37 per cent of social homes had a shared plot, compared with 28 per cent of homes in the private rented sector and 6 per cent of owner occupied homes.

However, the social housing sector scores better when looking at quality as there is a lower proportion of non-decent homes in the social rented sector than in the private rented and owner occupied sectors. In 2019, 12 per cent of dwellings in the social rented sector failed to meet the Decent Homes Standard, a much lower rate of failures than in the other sectors: private rented (23 per cent) and owner occupied (16 per cent).

While the private rented sector had the highest proportion of homes with a Category 1 hazard, there was a notable decrease in the proportion of stock with such hazards, down from 28 per cent in 2009 to 13 per cent in 2019.  The energy efficiency of the English housing stock has continued to improve.

In 2019/20, the average rent (excluding service charges) for households in the social sector was £103 compared with £201 per week in the private rented sector, a significant difference of £98 per week. Not surprisingly social and private rents are higher in London than outside of the capital. 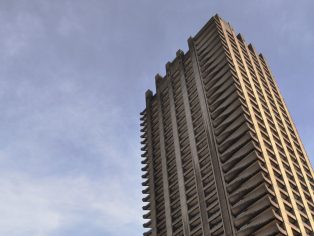