Local authorities paid out close to £12 million in lost planning appeals between 2010 and 2016, new research has revealed.

Property consultancy Daniel Watney LLP sent out Freedom of Information (FOI) requests to the 418 principal local authorities (unitary, upper and second tier) across the United Kingdom asking them to detail costs awarded from appeal proceedings between 2010/11 through to 2015/16.

Of the respondents, Cornwall Council, a unitary authority, had the highest total sum, having paid out £981,332.40 in respect of the six appeals it lost. Poole Borough Council had the highest number of cost decisions made against it (30) while Halton Borough Council paid on average the highest sum over the past six years, with the sums averaging at £360,735.24 per lost appeal.

Pay-outs are typically taken from the local planning authority budget, and with many council planning departments suffering from funding and staffing cuts, there are concerns money is being lost needlessly.

Charles Mills, partner and head of planning at Daniel Watney LLP, warns the figure would be far higher if it was not for the ‘onerous’ process for costs applications:

“When you go through a planning appeal, you make an application of costs to the Inspector at the time of the appeal but many won’t necessarily do that. For that to be successful you have to be able to show that the local authority has acted unreasonably, which there isn’t a specific test for. It is quite an onerous task to demonstrate that a local authority has been unreasonable during the process.”

“In addition planning appeal inspectors, understandably in a period of cuts to local council budgets, appear to only be willing to allow costs against councils in the most extreme cases.”

The research reveals the scale of the challenge facing the planning system, which has come under repeated criticism from developers and politicians alike as a barrier to housing delivery.

However, Charles Mills cautions against blaming the planning system too much for Britain’s inability to build new homes, saying:

“A lot of developers say this system is too and demanding and complex and from a planning consultants point of view, of course we would like to see decisions taken more quickly and made more in line with policy and less in line with politics.

“Otherwise, we have a planning system that we can be proud of. You only have to look around you in London where you can see that it works. London attracts millions of visitors each year who are amazed by our city and that is not just about the buildings that were built 500 year ago – it is the fact that we can still enjoy them alongside the buildings and attractions that are being built today. 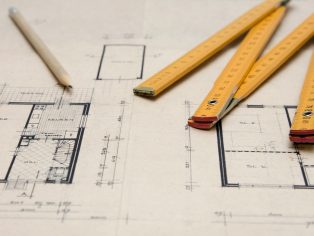