Designer Contracts, one of the UK’s largest flooring contractors, is celebrating another record year.

Latest end of year figures* show a 15 per cent year-on-year growth with company turnover now in excess of £40 million and more than 300 employees working within the business.

Critical to the growth was a 25 per cent surge in volume from its central distribution facility in Kettering which maintains a constant £2 million stock level, recently boosted to £3 million to ensure stock levels remain high during the uncertainty of Brexit.

Adding to the business’ success, an ambitious 20 per cent growth was forecast for 2019 – which has already been exceeded – just five months into the company’s financial year.

To accommodate an increase in volume, the company’s North East region has added an additional 10,000sq ft to its existing office and warehousing space, almost doubling the size. This is in addition to three brand new regions which were opened in 2018 in Kent, East Anglia and Leeds to meet customer demand.

“As a company we have enjoyed consistent growth over the past few years and this is now driving our plan to double turnover to £80 million and increase staff numbers from 300 to 600 by 2023.

“We’ve kept the customer at the forefront of our growth, always ensuring they are key to any decision we make. As concern around the uncertainty of Brexit continues to grow, we’ve seen more and more businesses become risk-averse, dealing with established suppliers with a solid provenance and a level of stockholding that facilitates swift deliveries. The £1 million increase of stock at our central distribution facility only cements our commitment.

“Expanding into new markets has also played a part in the company’s continued growth, with housing associations and facilities management firms trusting us to deliver the goods on time and within budget.”

The company operates across 15 UK regional facilities. As well as flooring the company provides curtains and blinds, furniture and lighting, and operates a showhome and contract-focused interior design services division.

In addition, the company is now officially classed as a large business, due to its substantial turnover and number of employees. 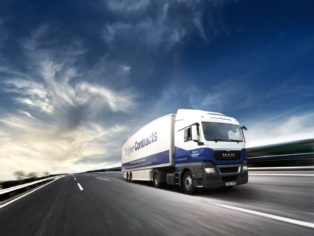