Lee Hassett, who recently joined the business as projects executive has been promoted to divisional director, taking control of four of the company’s 15 regions.

“I’m delighted to have made five senior promotions across the business.”

“Last year was a fantastic year for us. We celebrated 25 years, opened three brand new regions and revealed our ambitious five-year plan to double turnover from £40 to £80 million, and employees from 300 to 600. We now employ over 330 are already ahead of our forecasted target.”

The company operates across 15 UK regional facilities. As well as flooring, the company provides curtains and blinds, furniture and lighting, and operates a showhome and contract-focused interior design services division. 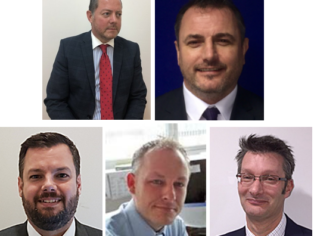