While sorting out the insulation, don’t forget to pay attention to your property’s ventilation system – from Patrick Mooney, news editor of Housing Management & Maintenance magazine

Green sector campaigners were delighted with the Chancellor’s £2 billion boost to make thousands of homes more energy efficient, but they were less clear on how private landlords and their tenants will fare under the new deal.

Based on new evidence about the nation’s housing we should ensure there is a strong focus on good ventilation systems in our homes, as well as investing in new and upgraded insulation to increase our comfort levels and to reduce heating bills.

The chancellor Rishi Sunak estimates that 650,000 homes will benefit from the grants of up to £5,000 per property – to pay primarily for insulation to lofts, walls and floors. From September, homeowners and landlords will be able to apply for the highly sought-after vouchers, which will generally cover around two thirds of the works’ cost.

It is not yet clear how the new money will be split between the various tenure types of property or if private landlords will be competing with social landlords for the grants. Details are awaited (probably due out in September) but either way, it will be a very competitive market. Latest figures show the private rented sector has a good case for being prioritised.

Ben Beadle, chief executive of the National Residential Landlords Association is clear that private landlords should apply for the grants. He said: “Improving the energy efficiency of rental housing is good news for tenants, landlords and local economies. “We encourage all landlords to make use of this as it will mean housing standards are improved, tenants will save money and it will reduce carbon emissions across the whole sector.” This should not come as a surprise to anyone, as the NRLA has long campaigned for financial support for private landlords to improve the energy efficiency of their homes, while simultaneously increasing the value of their assets.In making his Commons announcement, the chancellor said he expected the measures to slash £300 a year from householders’ energy bills, while at the same time supporting around 140,000 jobs and taking the equivalent of 270,000 cars off the road. Surely this is all good news.It gets three big ticks from me and possibly from the young eco-campaigner Greta Thurnberg.

These are very big numbers and it is difficult to decry any investment in measures to safeguard our futures, but delivering these figures will be a huge challenge to an economy that is trying to recover from the Covid-19 lockdown. We also have to consider whether they are focused on the right things and will they deliver good value for money.By coincidence at around the same time the chancellor was making his Summer spending statement, the latest findings from the English Housing Survey (EHS) were published. This long-running study (it’s been ongoing since 1967) informs Government policy on a wide range of housing issues, so its outcomes and findings are not to be sniffed at.The new study shows that while the overall energy efficiency of our housing has improved markedly over the past decade, in recent years the rate of improvement has slowed considerably and was actually in danger of stalling altogether.

The chancellor’s new investment package should kick-start further improvements in energy efficiency figures, but property owners also need to be aware of other, more cautionary findings from the EHS survey.Specifically, over a quarter of households (27%) reported they had an issue with condensation, damp, or mould in their home.Strangely it appears these problems are often the unintended consequence of improving the insulation of our homes. Warmer houses and flats with weathertight windows and doors can result in homes with little or no movement of air, except when windows and doors are actually opened!Unless some thought and effort is put into improving the ventilation of our homes at the same time as the insulation is upgraded, then we are in danger of creating a whole new (but clearly known) problem.

Given the strong links between tackling Covid-19 and establishing good ventilation indoors, it would seem obvious that any system designed to improve insulation, should also incorporate measures to improve ventilation and prevent condensation and mould.

To measure a property’s energy efficiency, the Government uses a rating system called the Standard Assessment Procedure, or SAP for short. This is also used to monitor changes in the energy efficiency of our homes over time.The SAP rating is an index created by calculating annual lighting, space heating and water heating costs for a standard heating regime and is expressed on a scale from 1 (highly inefficient and expensive) to 100 (highly efficient, with 100 representing zero energy costs). SAP scores are also used to create the more familiar A to G energy rating scale, where A is the best.The average SAP rating for all 23.5 million occupied homes in England is now 63, which is up from 53 in 2008, 60 in 2013 and 62 in 2017. A third (34%) of all dwellings are now in the highest SAP energy efficiency (EER) bands A to C, up from 9% in 2008. This is very good news and a sign of progress being made.Dwellings in the social rented sector were the most energy efficient with 56% rated A to C, compared to 33% in the private rented sector and 29% of owner occupied dwellings. This shows where the investment is most needed.

Where to spend the money

Is insulation a problem or not?

People living in dwellings with higher levels of loft insulation (150mm or more) were more likely to report having damp problems after the dwelling was insulated, compared with those with lower levels of loft insulation (less than 100mm) or no loft insulation at all (3%).Similarly, households with the majority of windows double-glazed (7%) were more likely to have damp problems after insulation was installed compared with other households (2%).Among the main reasons for the increased focus on insulation are that we have committed ourselves internationally to reducing our use of fossils fuels, and energy costs are still extremely high which impacts disproportionately on lower income households.What this situation says to me is that landlords should seek to obtain grants for the improvement of insulation to their residential properties.But at the same time they should also consider whether their ventilation systems are up to scratch – condensation and mould are both major problems and we haven’t even got started on making our homes safe from Covid-19, which should also be a priority. 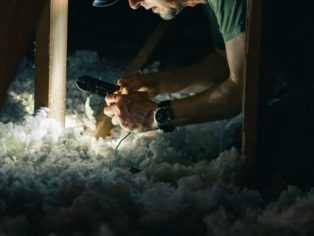