The energy efficiency of England’s housing stock continues to improve as the Government strives to meet its international obligations to reduce energy consumption. In 2019, the average SAP rating of English dwellings was 65 points, up from 45 points in 1996 and 63 in 2018.

The Standard Assessment Procedure (SAP rating) is used to monitor the energy efficiency of homes. It is an index based on calculating annual space and water heating costs for a standard heating regime and is expressed on a scale of 1 (highly inefficient) to 100 (highly efficient, with 100 representing zero energy costs).

The social sector contains a higher proportion of flats compared to the private sector, and these have less exposed surface area (external walls and roofs) through which heat can be lost, than detached or semi-detached houses.

There are two key methods of increasing the energy efficiency of existing dwellings – upgrading the dwelling’s heating system or increasing the insulation.

In 2019, owner occupiers and councils had the highest proportion of homes with central heating (both 95 per cent); private rented (86 per cent) and HAs had the lowest (89 per cent). The proportion of dwellings in the private rented sector with fixed room heaters was higher than in other tenures (6 per cent compared to 2 per cent in both the owner occupied and social rented sectors.

Condensing boilers are generally the most efficient boiler type and since the mid–2000s they have been mandatory for new and replacement boilers. The proportion of dwellings with condensing or condensing combination boilers has increased considerably since 2001, rising from just 2 per cent of homes in 2001 to 74 per cent in 2019.

The rollout of smart meters is an essential national infrastructure upgrade that will make the country’s energy system more efficient and flexible, helping to deliver on the Government’s target of net zero emissions by 2050.

For example, 21 per cent of homes in the private rented sector had an electricity smart meter in 2019, compared with 32 per cent of owner occupied and social rented homes. A similar pattern was observed for gas smart meters. 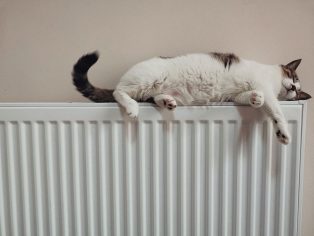