Every seven minutes a private renter in England is handed a Section 21 no-fault eviction notice by their landlord according to new research from the campaign group Shelter.

The process gives tenants just two months to leave their home, with no right of appeal and the landlord does not need to give any reason for evicting them. However, publication of the research sparked a war of words with the National Residential Landlords Association, who accused Shelter of ‘scaremongering’.

In all Shelter says nearly 230,000 private renters have been served with a formal no-fault eviction notice since the Government first committed to scrap this form of eviction in April 2019. This figure was reached despite an eviction ban being in place for 14 months of this three-year period due to the Covid 19 pandemic.

But Ben Beadle, Chief Executive of the NRLA, said: “The vast majority of landlords do not spend their time plotting ways to get rid of their tenants for no reason.”

New figures from Shelter’s YouGov poll revealed that a quarter of all private renters (2.8 million people) have had three or more private rented homes in the last five years. For families with children the figure rises to one in five (320,000 families).

Based on these findings and what it sees in its frontline services, Shelter is concerned about the destabilising impact on children of constantly having to move.

Shelter published the findings as part of its compaign for the Government to deliver on its promise to scrap no-fault evictions. Losing a private tenancy is the second biggest cause of homelessness in England, and the cost-of-living crisis could push even more private renters to the brink.

In the coming months, many renters could increasingly struggle to cover the cost of being forced to find a new home, like putting down a deposit or paying rent in advance, following a no-fault eviction.

Polly Neate, Chief Executive of Shelter, said: “It’s appalling that every seven minutes another private renter is slapped with a no-fault eviction notice despite the Government promising to scrap these grossly unfair evictions three years ago. It’s no wonder many renters feel forgotten.

“Millions of private renters are living in limbo – never truly able to settle – in case their landlord kicks them out on a whim. It’s a well-founded fear as our frontline services support renters all the time who are scrambling to find a home after being told to up sticks with just two months’ notice. With inflation and bills skyrocketing, renters desperately need a secure home as many will struggle to stump up the costs of having to move unexpectedly.”

The NRLA countered Shelter’s message by claiming the official data showed that fewer than 10 per cent of tenants who move do so because they are asked to by their landlord or letting agent. Likewise, the number of cases coming to court as a result of Section 21 notices had been falling since 2015.

Mr Beadle added: “The Government has committed to abolishing Section 21 possessions, but this has got to be replaced by a system that is both fair and workable for both tenants and landlords. Simply getting rid of Section 21 on its own would, for example, make it all but impossible to take action against anti-social tenants who blight the lives of neighbours and fellow tenants.

“The NRLA has published its detailed plans for a new system that strikes the right balance. We urge Shelter to work constructively with us on these.” 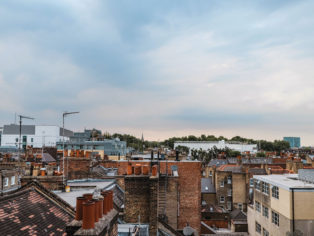