A £30 million fund for fire alarms has been set up to help end the scandal of excessive waking watch costs, as part of a support programme for thousands of residents in high-rise buildings.

The new Waking Watch Relief Fund will pay for the installation of fire alarm systems in high-rise buildings with cladding, removing or reducing the need for costly interim safety measures such as ‘waking watch’.

The National Fire Chiefs Council have been stating that building owners should move to install common fire alarm systems as quickly as possible to reduce or remove dependence on waking watches.

The new steps will ease the worries of leaseholders, shared owners and tenants who may have faced high costs for interim safety measures by providing financial support. They should also deliver a better, long term fire safety system in their buildings.

Some buildings have already installed these systems due to the significant savings this offers, with residents in those buildings, who on average were paying £137 per month for a waking watch, expected to collectively save over £3 million per month.

The same research showed the wide range in costs faced by residents and evidence of disproportionate charges, as a result of which the Housing Secretary Robert Jenrick wrote to Trading Standards asking them to use their powers to investigate.

A six-month extension to the deadline for building owners to complete their applications to the £1 billion Building Safety Fund was also announced by Mr Jenrick, with a new deadline for submissions of 30 June 2021.

This should mean that hundreds more buildings will be remediated and thousands of leasehold residents will be protected from huge demands for removal costs.

“I’ve heard first-hand from residents of the misery that rip-off waking watch costs have been bringing to them. We have prioritised the removal of unsafe ACM cladding throughout the pandemic and I expect around 95 per cent of remediation work will have been completed or underway by the end of December.”

“We welcome this new Waking Watch Relief Fund, which will help to reduce the financial burden for some leaseholders having to fund the costs of waking watches. It has been our firm and long held expectation that building owners should move to install common fire alarms as quickly as possible and this funding is a positive step.”

The measures are seen as part of the Government’s commitment to improve the safety of buildings across the country, which will be enshrined in law through the Building Safety Bill in 2021.

The Government is adamant that the building industry must contribute towards the costs of making the affected homes safe, to set right decades of unsafe practices. 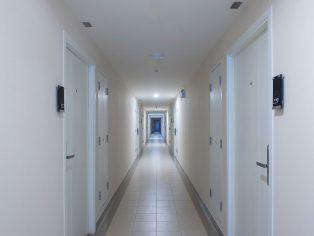