Extra funds to help councils crack down on criminal landlords

The Government has made an additional £3.8 million available for councils to tackle criminal landlords in the remainder of the current financial year.

The money is to support projects which take effective and targeted action against criminal landlords, support good landlords in fulfilling their responsibilities and empower tenants to make good use of their rights. Local authorities had until 1 December to submit their bids and the successful schemes need to spend their allocation by 31 March 2020.

Ministers said they want to further encourage new or targeted short-term initiatives which stimulate new thinking and further encourage innovative and targeted approaches in the private rented sector, enabling the majority of good landlords to continue to provide safe and decent homes for their tenants.

“We welcome the news that more funding will be made available for councils in England to crack down on landlords who break the law and provide inadequate services to tenants.”

“That being said, the offer of £3.8 million to be spread across around 100 of the 343 local authorities is simply not enough. Local authorities need far more substantial and consistent support and funding to be able to enforce properly in the PRS and rid the sector of the criminals operating within it.”

Last year some £2.4 million was shared among 56 projects and supported work in 100 councils which together are home to over a million households living in the private rented sector. It helped the councils to uncover hundreds of poor-quality homes.

“It’s unacceptable that a small minority of unscrupulous landlords appear to be breaking the law and providing homes which fall short of the standards that tenants rightly expect.”

“This funding helps councils to capitalise on their strengthened powers, last year being used to train hundreds of inspection officers and create new technologies to make sure inspectors spend their time taking action to improve the sector, not stuck behind a desk.”

Last year, Burnley received over £60,000 to carry out proactive inspections of rented homes in the area, allowing them to reach vulnerable tenants who are less likely to report a problem to their council.

The council found and fixed over 100 hazards across the properties they inspected. In some cases the funding helped tenants who were trapped in properties which posted a serious risk to their safety – meaning they could be rehoused in quality accommodation.

MHCLG expects councils to share best practice of enforcement action and examples of inventive approaches that can be adopted in councils nationwide to drive quality and stamp out bad landlords. 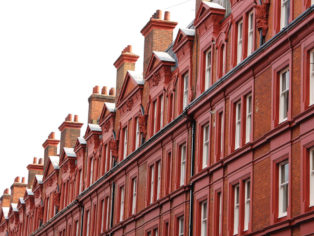