A former council estate, which was blighted by social problems and crime for 40 years, has undergone a major regeneration with police crime prevention techniques built into its 588 new homes from the outset.

The 1970s Larner Road Estate in South-east London was widely known as a troubled estate and it presented huge challenges for police. Calls about crime often required a two-car response, a direct reflection of the level of crime and disorder on the estate.

Over the last five years, Larner Road has been transformed into Erith Park as part of a project by the UK housing group Orbit and Wates Residential.

The estate’s eight tower blocks have come down and been replaced by a low to medium rise development of apartments and houses for affordable rent, shared ownership and market sale, built into traditional street patterns.

The Metropolitan Police has reported no recorded offences of burglaries, drugs related offences, weapons, robberies or personal thefts within the boundary of Erith Park over the last 12 months. Despite the high density of the housing on Erith Park, it now has 80% less crime compared to the rest of the ward it sits within.

Key to this policing success has been the ongoing work of police officers specially trained by Secured by Design (SBD), the national police crime prevention initiative. Known as Designing Out Crime Officers, they are attached to local police forces around the UK to work with architects, developers and local authority planners to design out crime at the planning stage – long before construction begins.

SBD measures improve the physical security of buildings with robust doors, windows and locks that meet SBD standards as well as crime prevention techniques designed into the surrounding layout and landscaping. These techniques include increasing natural surveillance so strangers can be seen clearly and limiting cut-throughs and alleyways to avoid potential hiding places and escape routes.

Over the last 30 years, there have been more than one million new homes built across the UK to SBD crime prevention standards with reductions in crime of up to 87% each and every year.

“Designing out crime on the estate has not only reduced crime but also improved the outlook for people who live here. It’s a place where people are choosing to live. Whereas before, it had a poor reputation and was poorly regarded.”

“This was the first SBD development to have access control systems installed at communal entrance doorsets with data-logging providing a video and audio record of attempts or requests to enter buildings – an important potential source of evidence when investigating criminal activities.”

Built in two phases, construction on the £120 million project started in March 2013 and finished in December 2018.

Caroline Field, Head of Regeneration, Orbit, said the estate’s perception in the wider community is that it’s an amazing transformation.

“Sometimes, on regeneration schemes, people say: ‘You may have built new homes, but it’s still the same place’. But with Erith Park, people can see the wider and deeper transformation – it’s not just window dressing.”

“Erith Park is testament to the far-reaching long term impact that design can have on creating great places where people are proud to live. What was once one of the least popular estates in Erith is now one of the most sought after.” 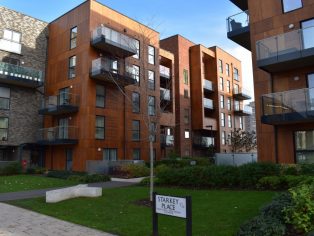