Social housing residents will be helped with improving their living conditions through a new Government campaign launched to raise awareness of the complaints process and the provision of straightforward advice.

‘Make Things Right’ will help residents raise complaints if they are unhappy with their landlord and struggling to get problems resolved, with clear advice on how to progress issues to the Housing Ombudsman if necessary.

The launch of the new campaign is a commitment from the Government as part of the social housing white paper – ‘The Charter for Social Housing Residents’ – which set out a comprehensive action plan to make landlords more accountable for the services they deliver.

The Charter aims to speed up the complaints procedure for social housing residents, by reducing decision times and ensuring effective resolution and improving access to the Housing Ombudsman.

The national campaign, ‘Make Things Right’, is running adverts on digital and social media channels, as well as music streaming sites, to raise awareness of the complaints process and barriers to these being progressed.

Housing Minister Eddie Hughes said: “The Charter for Social Housing Residents is clear that all social housing residents should receive a good service and reassurance that if you speak up, then things will be put right.

While most landlords work hard to put things right when they go wrong, we want to ensure that all residents know how to raise complaints if they have to, and how to approach the Housing Ombudsman to escalate their concern.

Voices must be heard

“That is why we are launching this new campaign to ensure those living in the 4 million social homes across England know how to access the complaints process to provide a greater voice for residents and refocus the sector on its social mission.”

“Councils want all residents, regardless of tenure, to have the security of a safe and well-maintained home which they are proud to live in. It is really important that the voice of all social housing residents is heard, and councils are supportive of measures which improve standards and empower residents.

This will give them confidence in ensuring that action can be taken to improve living conditions, where it is required.”

The Charter will make landlords more accountable for the services they deliver, including access to a new information scheme for residents of housing associations and introducing a set of resident satisfaction measures that landlords will have to report against.

It has been created to ensure all social housing residents are treated with respect and dignity and sets out what every resident should expect from their landlord:

This comes as Ministry of Housing, Communities and Local Government figures show that 59 per cent of issues raised by social housing residents do not make it through as an official complaint to the landlord, despite the resident being unhappy with the initial response received  – with 35 per cent of residents listing concerns around retaliation by landlords and neighbours as a reason for not raising an issue. 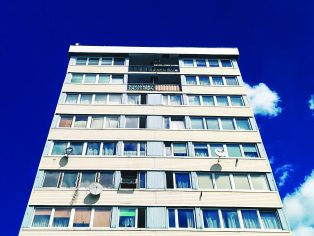