The Government has revealed it wants to give housing association tenants the right to buy shares in their homes under proposals outlined at the Conservative Party Conference.

Housing Secretary Robert Jenrick announced that tenants should have the right to purchase a share of their property – starting at a minimum of 10 per cent and able to increase in further amounts of as little as one per cent, up to outright ownership.

It is understood the new shared ownership right to buy will be made automatic for all newly built rental homes, with a voluntary arrangement being sought for existing HA tenants. This could apply to as many as 2.6 million households.

Mr Jenrick said: “I want to ensure that residents living in new housing association homes are given the opportunity of climbing onto the property ladder by giving them the right to shared ownership of their homes.

“As Conservatives, we know that owning a home is not just about the four walls around you, it’s about investing in your family, saving for the future and putting down roots in a community. We are on the side of hard-working people who want the sense of security that comes with homeownership.”

The announcement did not go down well with social housing spokespeople, who said it distracted from the pressing need for new affordable housing and warned that it could make building social homes more difficult, particularly if lenders reacted badly to it.

Not a new idea

The possibility of extending the right to buy through a shared ownership scheme has been around for about 30 years, with various possible schemes being explored but this is the first time such advanced plans have been mooted.

Kate Henderson, Chief Executive of the National Housing Federation, said: “Housing associations share the Government’s commitment to help more families into home ownership. Over the next five years, we will support record numbers into shared ownership working in partnership with local and national government.”

“We are concerned that these proposals could make it harder for associations to build new social rent homes. Our priority will be to ensure that any changes allow us to safeguard the country’s existing social rent homes but also to continue to build these homes for future generations.”

“With homelessness at the highest level in ten years – we need more than ever to protect our existing homes for social rent, and to build more of them.”

She added “Lenders to the social housing sector view and value shared ownership homes differently to social rent homes. This announcement could affect not just the sector’s existing loans, but also the amount the sector can borrow in the future to build new homes.”

“Before the Government proceeds with these proposed changes, it is absolutely critical they take the time to understand how the sector’s lenders may react and how this may impact on our ability to build new social rent homes.” 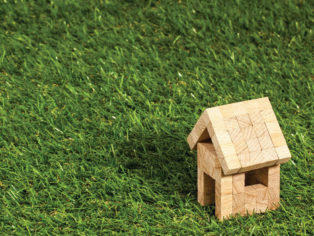