A new legislation which can change the way councils work to prevent homelessness has passed its second reading in the Parliament without a vote last Friday, 28 October.

The bill was passed without a vote because no MP indicated they would vote against it.

The news comes after the Government announced earlier this month it would back the bill following changes in certain sections of the draft legislation.

Bob Blackman MP criticised the authorities work with homeless people, calling it “a national disgrace”. He said during his address on Friday:

“…the Bill is part of a strategy. It is not the sole basis for this approach. Under the new doctrines operating in this Parliament, new duties on local authorities mean new money for local government.

“The non-priority homeless are told to go out and sleep on the streets, on a park bench, or in a doorway, and then they may—may—be picked up by a charity under the No Second Night Out programme.

“That is an absolute national disgrace. When employment is at the highest level ever and we have a relatively low level of unemployment, having one single person sleeping rough on our streets is a national disgrace that we must combat.

“For 40 years, we in this House have forced local authorities to ration the help that they give. I passionately believe that people enter public service to deliver a service to the public, not to deny them a service.”

Some MPs were critical of the bill however, with Labour Co-operative MP Mike Gapes calling it “wishful thinking”:

This Bill, unfortunately, is a classic piece of wishful thinking. It is gesture politics of the worst kind in that it wills the ends but does not provide the means. It is about feeling good about voting for something that sounds good, having been pressed to do so by pressure groups and campaigns.

“The Bill should not be called the Homelessness Reduction Bill but the “Homelessness Recognition Bill”. It will not provide any additional social housing or good-quality private rented accommodation in my constituency. It will not provide any extra money for my local authority to offset the additional £5 million that it estimates will be necessary owing to the bureaucratic and staff requirements that will result from it.” 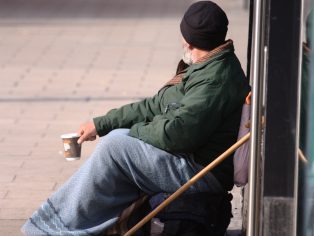