Hot under the collar: What rights do landlords have?

The recent news story about a London landlord who boxed off a thermostat in one of their residential rental properties has raised questions surrounding what landlords are entitled to do when it comes to utilities. Actions such as blocking off thermostats could be seen to infringe a tenant’s rights; however, the issue is not clear cut. So, what rights do landlords have when it comes to controlling their property?

‘Utilities-included’ contracts are exactly what they say on the tin, contracts that include utilities such as gas and electricity. Often used by landlords with multiple-occupancy homes, they lessen administration time and keep things simple. Unfortunately, they can be abused by tenants leaving the heating on round the clock. Once this happens, it is difficult to recover control, both financially and with the tenants themselves.

This is a fairly common occurrence, as some residential tenants may sometimes lose a sense of responsibility when it comes to utilities. They don’t necessarily see the size of the bills they create and so may not consider the financial consequences for the landlord.

It goes without saying that this can negatively impact landlords financially, as the money they receive in rental payments doesn’t cover the costs of the bills. The overuse of heating can also affect the energy efficiency of a property, causing damage to the environment as well as the landlord’s pockets. These sorts of actions happen frequently in multiple tenancy households, with some people wanting different heating levels to others.

In order to avoid these issues, for new tenants, landlords can create contracts that contain a reasonable usage clause. Similar to data contracts for mobile phones, this would mean the tenant would pay extra if they exceeded the usage stated. For contracts already in place however, it is more difficult to impose controls. It may even be necessary to introduce a quid-pro-quo system, which offers lower rent costs or other benefits to tenants who hand over control of the utilities to their landlord.

Now that landlords are able to track heating use in real-time through smart meters and smart thermostats, it has become far easier to see when overuse is happening and how often. Landlords usually reserve access rights to their property to allow them to deal with emergencies and carry out inspections, meaning they could intervene with the utilities at any time. Should excessive overuse be a regular occurrence, a landlord may well consider taking steps to install certain measures during an inspection, much like the landlord who blocked off a tenant’s thermostat.

Although such actions might not necessarily infringe the rights of the tenant in principle, the consequences could do. Every tenant has a right to the quiet enjoyment of a property, i.e. without interference from the landlord. As a result, having a landlord stop a person from using their home as they wish could be seen as a breach of this right.

In addition, if the landlord fails to adjust the heat appropriately for the tenants, this could also class as an infringement. The Homes (Fitness for Human Habitation) Act, which was introduced in March 2019, states that extreme heat or cold are classed as hazards. Should a tenant consider themselves ‘forced’ to live in such conditions, they will be able to seek redress from March 2020 as part of this Act. Therefore, now could be a risky time for landlords to take control of utilities. If they do, they have practically gained themselves a second job, as constant monitoring may be necessary to avoid having claims brought against them.

Landlords must also ask themselves whether taking physical action is worth the increased level of administration, especially if they have multiple properties. For those with deeper pockets, it may be possible to engage a managing agent to monitor utilities usage, however, for the majority of residential landlords, this could be a little extreme.

Not only could taking control of utilities cost time, it could also cost reputation. Being known as an overly-controlling landlord is unlikely to bring in new tenants, with most expecting to be able to decide the temperature of their home. A drop in business then leads to a drop in money, creating a host of unintended consequences for the landlord.

If a landlord does decide to bring in measures to control utilities, they must communicate this to the tenant and provide adequate justification. After all, springing a blocking measure onto a tenant is never going to be received well.

For landlords who view taking physical control of utilities as the only way to solve overuse, it is vital that they consider the extra administrative responsibilities they will be acquiring. It may also be wise to seek advice from an expert in landlord and tenant rights to ensure the actions being taken are legal. If this isn’t done, it is possible that the landlord will find themselves in hot water. 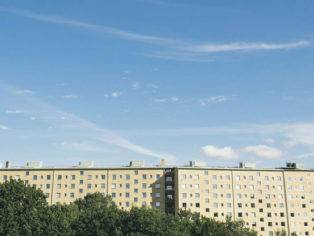