The number of children living in temporary accommodation has risen by more than 75 per cent since 2010, despite the Government’s repeated claims to be tackling homelessness and child poverty.

Figures from the Ministry of Housing, Communities and Local Government show the number of children without a permanent home rose from 72,590 in the second quarter of 2010 to 128,200 in the first quarter of 2020.

The latest figures also reveal that the number of households in temporary accommodation has increased by 83 per cent over the past decade. This trend is supported by figures from a survey by Centrepoint, which found that 73 per cent of youth homelessness charities expect an increase in the numbers of young people sleeping rough.

“These figures show there was an unacceptable rise in the number of families experiencing homelessness even before Covid-19 hit, and we know the pandemic has hit private renters hard.”

“Polling by JRF has found millions of people anxious about paying their rent over winter, with 700,000 households already in arrears,” she added. “Renters are running out of options, and without action we could see a wave of evictions and a surge in homelessness, putting even more pressure on temporary accommodation services at a time when the health risks of overcrowding are clear. As we head further towards an unemployment crisis that has yet to peak, the government should act to keep as many people as possible in their homes.”

The charity is calling for a targeted package of Government support to address high rent arrears.

“The Government has committed significant investment to tackle homelessness, but this survey suggests this will be a winter like no other when it comes to providing the much-needed accommodation to keep rough sleepers safe. As temperatures fall, central government must guarantee that every part of the country has the necessary funds to guarantee that no one is placed in unsafe accommodation or put at risk by Covid-19.

“Key to achieving this is making sure that funding is made available not just to support older, entrenched rough sleepers but younger people too. With more and more under-25s facing time sleeping on the streets it’s vital that the government ringfences funding for age-appropriate accommodation so those young people can be kept safe this winter.” 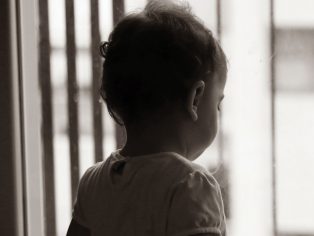