Following a pause during the pandemic the Department of Work and Pensions has restarted its programme to move all existing benefits claimants onto Universal Credit.

The DWP plans to migrate approximately 2.6 million households (many of them tenants) from legacy benefits and tax credits to Universal Credit by 2024, using one of three different tracks – Natural migration, Managed migration or Voluntary migration.

Some claimants will ‘naturally’ move to Universal Credit as a result of a change in their circumstances while others will move through ‘managed’ and ‘voluntary’ migration. The DWP will also gradually increase invitations for legacy claimants to make the move onto Universal Credit.

They say that anyone unable to engage with the plan risks being left with no income at all, pushing many of them into destitution. “We ask you to consider the devastating consequences for someone who faces challenges in engaging with the process having their only income cut off, especially during this cost-of-living crisis. No one subject to managed migration should have their existing benefit stopped until they have established a claim to universal credit. Instead of setting arbitrary deadlines, the DWP needs to take responsibility for ensuring people’s safety.”

Claimants who move via the managed migration track will be provided with transitional protections meaning their income will be topped up if moving to Universal Credit leaves them with less money than they received previously. Those who opt to move voluntary, however, will not receive these protections.

DWP estimates show that around 1.4 million households could be better off by moving to UC straightaway, while 300,000 would see no change and 900,000 households would have a lower entitlement. Of the latter group approx 600,000 are expected to receive transitional benefits

A think tank is warning that more than 250,000 households will “slide into destitution” next year, taking the total number in extreme poverty to around 1.2m, unless the Government provides further help to the poorest families hit by the energy price rise.

The National Institute for Economic & Social Research estimates that more than 1.5m households will see the rise in food and energy bills outstrip their disposable income, forcing them to rely on savings or extra borrowing to make up the shortfall.

The NIESR said to prevent a jump in poverty levels, the Government needed to raise Universal Credit payments by £25 a week immediately while handing the 11.3m lowest-income households a one-off cash payment of £250.

Charities are concerned by the government’s own 2018 research, which showed that among people with longterm health conditions, 24 per cent could not register a claim online, only 57 per cent were confident about managing their payments and 53 per cent said they needed more support setting up their claim. More than a third (38 per cent) said they needed more ongoing support.

Sara Ogilvie, director of policy at the Child Poverty Action Group, said that proceeding with the migration process without a full trial and evaluation was “profoundly irresponsible”. “It should not be asking claimants – who by definition are least able to bear financial pressures – to shoulder the risk, in particular at a time when budgets are already stretched to breaking point,” she said.

But a DWP spokesperson responded: “Over five million people are already supported by Universal Credit. It is a dynamic system which adjusts as people’s earnings change, is more generous overall than the old benefits, and simplifies our safety net for those who cannot work. 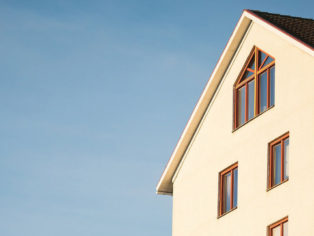