The new ombudsman has been consulting the social housing sector on plans to improve his organisation’s service and to spark big changes in customer service for tenants.

It would be fair to say that Richard Blakeway was a controversial choice for the Housing Ombudsman post earlier in the year, but he has quickly set about delivering a step change in how it operates and can stimulate service improvements in landlords.

At the forefront of his proposals are three major principles:

From April 2020 he will introduce a new operating model designed to speed up the handling of complaints. The average processing time was 8 months in 2017/18, this was cut to 6.7 months last year and has a new target of achieving 3-4 months in 2021/22. If successful, the service will have halved processing times within five years, while also dealing with much higher numbers of complaint referrals.

Mr Blakeway says despite improvements in processing timescales in recent years, this is still the single issue they are challenged on the most. He emphasised the need to maintain the quality of decision-making at the same time as increasing the speed of making determinations.

To achieve this he requires more resources – to be paid for by an increase in the subscription fee to £2.16 per home for the next two years – and for landlords to respond to information reguests from the ombudsman more quickly and more fully than they do at present.

Trigger for wider investigations
As individual complaints and how they are dealt with by a service provider can sometimes point to wider problems within a social landlord, Mr Blakeway says that his staff should be able to use the information gathered from their investigations, to probe more deeply and assess whether a failure is indicative of a systemic issue.

Where this does highlight a bigger failing within the landlord, than the ombudsman should refer the matter to the Regulator of Social Housing, in order to maintain a clear distinction between the two bodies and their respective roles.

In order to share the learning from their work with social landlords and tenants, the ombudsman is also planning to publish more data on the complaints they are receiving, their processing performance, the decisions being made and any actual or emerging trends.

The proposals include a quicker 15 working day response time for social landlords to reply to inquiries from the ombudsman and for a new findings category of ‘severe maladministration’, where something worse than a normal service failure or maladministration had happened.

“Together these documents mark an important stage in developing our service to provide faster, effective redress for the five million households who can benefit from our service. Our role has never been more important and I believe our plans will deliver a step change in the service and bring benefits to residents and landlords. We value feedback and would very much welcome comments on these two consultations.” 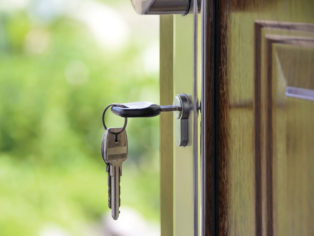