Over 80,000 new homes will be lost in one year to Covid chaos

Without urgent government action, the research carried out by Savills for Shelter, estimates 116,000 construction jobs could be lost by 2020/21 as housebuilding stalls. Under the worst-case scenario, the report also shows the government could fall significantly below its own housebuilding targets, with as many as 318,000 new homes lost over the next five years.

Savills suggests an initial dip in housebuilding will be down to necessary social distancing on building sites reducing capacity. With further decreases then triggered by the reduced demand for market sale homes and a heavy reliance on private instead of social housebuilding, at a time when the country is entering a protracted recession.

With the Prime Minister about to promise he will ‘build, build, build’, Shelter is warning that the housebuilding slump will have dire consequences for the provision of new housing, including much-needed social homes. Unless the government intervenes, a paltry 4,300 social rent homes could be delivered in this financial year, a catastrophic yearly drop of 30%.

This would be the lowest number of social homes built in any year since WW2 – striking a devasting blow for the million plus households stuck on social housing waiting lists across England. Just over 4,000 social homes would not even be enough to house those families currently waiting for a social home in Wakefield, never mind the rest of the country.

Amid fears of rising unemployment and homelessness, Shelter is urging the government to bring forward the £12.2 billion already promised to be spent over the next five years under the Affordable Homes Programme. By fast-tracking the cash and spending it in just two years on building social homes it could plug the gap and save tens of thousands of jobs.

Polly Neate, chief executive of Shelter, said: “As the government prepares a major push on infrastructure and investment, it has a perilously short window to avert a lengthy housebuilding crash that will wipe out tens of thousands of new homes and jobs. By bringing forward planned spending and building social housing the government has the chance to avert disaster.

“There are over a million households on social housing waiting lists, and even more likely to join them as the recession bites – making the case for social homes self-evident. The pandemic has shown that a safe home is fundamental, but just not enough people have one.

“As part of the Prime Minister’s ‘build, build, build’ speech tomorrow, he should bring forward the spending promised under the Affordable Homes Programme. This would stimulate the economy, save jobs, and most importantly provide the social homes we urgently need. We can and we must build this country back better.” 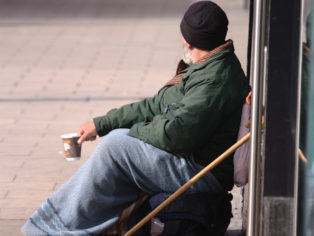