As colder months develop, there is a greater emphasis on ensuring properties are ready including being comfortable, warm and healthy for the occupants. However, as with previous periods, it’s expected a significant number may develop damp, condensation and mould.

With the Homes (Fitness for Human Habitation) Act 2018 in force, a proactive solution is needed.

With over 2000 independent damp surveys undertaken over a number of years, our data shows only 9% suffered a structural defect attributed to the reported issue. Therefore, understanding the basic elements of this problem is key when dealing with complaints.

Notably, mould developing on tiled surfaces is actually feeding on the biofilm residue from cleaning fluids and skin deposits.

Mould spores cannot be seen with the naked eye and constantly flow on air currents therefore, it is worth noting an outbreak on a small area of bathroom grouting for example can result in mould behind a bedroom wardrobe due to spores circulating through the property and forming on a cooler wall behind such items where the air is not circulated or vented.

Where does it originate?

Spores are in the atmosphere year-round developing in areas that are periodically damp and suffer poor ventilation. It is more common during winter months when windows are shut and heating systems are operating with it characterised on the structure or contents by a musty smell and change of colour to the affected item.

Damp, condensation and mould are symptoms of an issue – Therefore, we need to find the cause.

That musty smell on entering a property or opening a cupboard is indicative of mould developing somewhere and, knowing the likely cause upholds effective advice landlords can relay to tenants.

Moulds take time to germinate and colonise therefore, any outbreak is likely due to the ‘causes’ spanning a number of days plus, it’s a common misconception that it needs darkness to grow whereas it is simply more common in places with no air circulation or ventilation.

How to prevent mould

With an array of causes allowing moulds to develop, effective advice on how to prevent it includes:

Is generally found behind furniture against walls with limited air circulation behind. Against cooler external walls, occasional periods of condensation develop therefore, simply moving units away from the wall can improve the situation.

When warm moist air is produced or enters a room, condensation can form on the colder structure consequently providing a moisture source for the mould.

Checking loft insulations for coverage up to (but not into) the eaves with a uniform spread can provide an even temperature across the ceiling.

Is indicative of atmospheric moisture in the property not being replaced with dryer air. Mould in window reveals can generally be linked to closed windows and trickle vents plus curtains restricting ventilation of the room.

Trickle vents provide valuable background ventilation, as will opening a window to promote air flow. Ensure nets are not directly in contact with the window that can restrict trickle vent air circulation.

The emphasis remains on understanding air circulation and is particularly important if a wardrobe is fitted close to an external wall. The interior will cool and, without internal circulation can lead to the optimum mould conditions.

Note: Mould on contents items is not due to a structural issue but, indicative of prolonged elevated atmospheric conditions.

Is condensation and mould harmful?

A build-up of condensation can be detrimental to those with existing health issues whereas some will only experience flu-like symptoms however, where there is significant condensation and mould, more serious conditions can develop.

What can be done?

If a complaint is received, ask the tenant when they first noticed the issue and if they have changed any internal activities to gain a better understanding such that pertinent advice can be given based on their input.

If Disrepair is a likely outcome, Cornerstone can and indeed continue to assist Landlords with fact-based assessments of likely causes, serving to negate legal challenges.

To learn more of likely causes and Cornerstone’s unique surveying platform designed for landlords and staff to embrace, that with embedded support, serves to Certify the health of a home and, where a defect is detected, better decision making can be upheld with cost effective repairs. 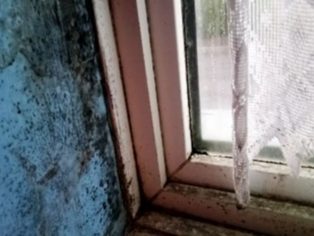 As colder months develop, there is a greater emphasis on ensuring properties are ready including being comfortable, warm and healthy for the occupants. 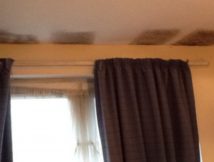 When warm moist air is produced or enters a room, condensation can form on the colder structure consequently providing a moisture source for the mould. 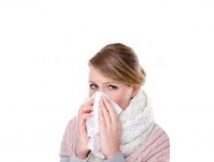