Regulator to undertake more in depth assessments of HAs

In a shake up to how it assesses and oversees the work of housing associations, the Regulator of Social Housing is to carry out more frequent in depth assessments for larger and more complex HAs.

Updating its Regulating the Standards document, the regulator says it will carry out IDAs on the largest and/or most complex housing providers every two years, up from the current practice of every three or four years. The new regime will come into force from April, although most HAs can still expect an IDA on the same timetable as now. The regulator will also conduct an update meeting for each landlord in the year it is not receiving an IDA. It will also issue an interim regulatory judgement if a HA goes through a significant constitutional change or group restructure. The regulator introduced IDAs in 2015, when they replaced annual viability reviews for registered providers with more than 1,000 homes. They were initially thought to be more like the Audit Commission’s inspections, which ceased eight years ago, but in reality IDAs have not focussed on the quality of homes or on services to tenants.

Also in the new document is a stronger requirement that HA boards have greater ownership of stress-testing exercises, with more focus on “severe but plausible scenarios”. This is being seen as a reference to the type of financial shocks caused by Brexit and other stock market disturbances. Fiona MacGregor, Chief Executive of the regulator, said: “As part of our commitment to take a proportionate, risk-based regulatory approach, we are making changes to our planned regulatory engagement with larger providers and those that have more risk exposure. This will allow us to seek the frequency of assurance that organisations are effectively managing their changing risk profiles and keeping pace with the fast-moving operating environment. “We will also ask for evidence of well-developed and tested strategies that boards and senior teams of all registered providers have in place to be able to respond promptly and recover from potential scenarios such as a housing market downturn.” 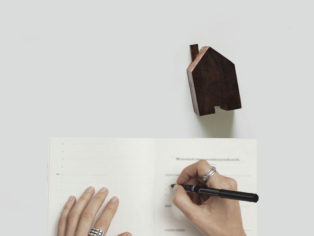