A government white paper has confirmed a radical re-shaping of the rental sector in England, after statistics from the English Housing Survey 2019 to 2020 revealed that 22 percent of tenancies are being ended forcefully.

The Renters Reform Bill (the Bill), which was outlined in the Queen’s Speech last month, will recommit to scrapping Section 21 notices, or ‘no-fault’ evictions. Currently, these allow landlords to evict tenants in England without giving a reason.

“The Bill has been introduced to help provide a fairer private sector for both landlords and tenants. For example, currently, if a tenant wishes to vacate at the end of the fixed term, or if the tenancy has reverted to a periodic tenancy, a tenant only has to give one month’s notice to the landlord. However, under the Bill, tenants will have to give the landlord two months’ notice.

“It is hoped that the Bill will help to tackle repeated rent arrears or anti-social behaviour among tenants. As well as this, the Bill will end blanket bans on benefit claimants, or families with children, and will see landlords having to consider requests to allow pets.

“A new Ombudsman for private rented landlords will also be put in place, to ensure disputes can be easily resolved without having to take matters through the courts.”

How will it work?

“While the details of how the scrapping of Section 21 will work in England are not clear yet, we do know that assured and assured shorthold tenancies will be made periodic. The government has confirmed the new system will be implemented in two stages to allow a smooth transition. Although no dates have been provided for the first stage, it confirms that at least six months’ notice will be provided with 12 months between the stages.”

Are there any downsides?

“The Bill will allow landlords to increase rent once a year, if the tenants are given two months’ notice of the increase, which will abolish the rent review clauses. Landlords will also be limited on the amount of rent they can ask for in advance and the notice period in relation to rent arrears, which equate to two months or more, will increase from two to four weeks.

“The proposal is expected to be submitted as a Bill later this year, more than three years since the government first pledged to end no-fault evictions, only then will it begin to be seen if reservations around the bill are correct or whether it will help to combat homelessness in England.” 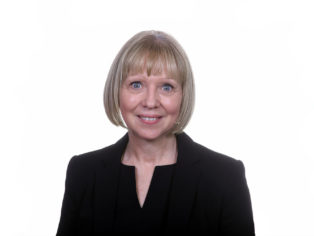