Lambeth Council has been found to have breached the Home Standard over a series of longstanding failings with regard to asbestos, fire and gas safety which potentially exposed a significant number of tenants to the risk of serious harm.

The social housing regulator said the council, which owns and manages around 22,500 homes, did not have an effective system in place to allow it to manage the risk of tenant safety and meet its statutory health and safety responsibilities across a range of areas.

Historic information showed an overall weak position in terms of landlord health and safety compliance. The regulator noted significant changes had recently taken place at Lambeth with a change in senior leadership, a restructure of the compliance function and increased resources.

“There is evidence of an increased pace in the work being delivered to address the issues although there is still work to do, particularly on implementing a robust system to deliver, monitor and oversee the management of health and safety compliance.”

“Taking into account the breadth and scale of the failure with particular regard to fire, asbestos and gas safety, and the longstanding nature of the issues, the Regulator has determined that it is proportionate to find a breach of the Home standard in this case.”

The regulator said over a number of years there were a significant number of overdue remedial actions arising from Fire Risk Assessments, including some considered ‘intolerable’ or ‘substantial’. For asbestos, over 180 surveys of communal areas had not been carried out. These included high and medium risk properties. Asbestos surveys for some of these properties had been outstanding for a number of years.

For gas safety, the regulator found that over 40 properties were without valid safety certificates for up to 24 months. It said the council have made significant improvements in ensuring all properties have a valid gas safety certificate and the other failings in fire risk assessments and asbestos surveys had also been addressed.

This case follows a similar finding against Runnymede Borough Council in Surrey, which was also found to have caused a risk of serious detriment to its tenants because of breaches over fire and electrical safety.

On the electrical breaches, the regulator said the council had no evidence of when testing was last carried out for 162 properties. In addition, the council’s records showed the electrics in 794 properties were not tested in the past 10 years.

The regulator concluded that Runnymede Council did not have an effective system in place to allow it to meet its statutory health & safety responsibilities in fire and electrical safety. It also found the council could not provide evidence of how many of its properties met the Decent Homes Standard. 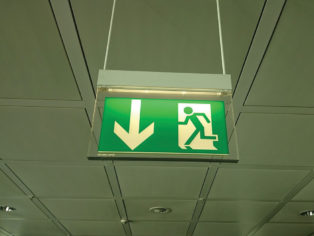