Household domestic energy use currently accounts for roughly 29% of the UK’s total energy consumption and carbon dioxide emissions. Radically reducing this figure is vital if the country is to achieve its goals of cutting emissions to 51% of 1990 levels by 2025 and to reach net zero by 2050.

Indeed the hardest part of getting to zero emissions could be in changing how we heat our homes and end our addiction to natural gas.

Since the mass installation of central heating into UK homes began in the 1960s and 70s, more than 85% of homes with central heating are connected to the gas grid. This accounts for the largest single use of energy in the UK.

The dash for gas coincided with the discovery of huge natural gas desposits in the North Sea and its perception as a clean fuel in comparison to coal and oil.

Industrial disputes in the coal sector and uncertainty over the supply of oil due to conflicts in the Middle East as well as worries over the safety of nuclear reactors simply added to the attraction of gas. Our understanding of gas as a carbon-based fuel, whose use is massively contributing to climate change, has changed the dynamic and we now recognise the urgent need to wean ourselves off it – but sooner rather than later.

Replacing gas with renewable energy sources such as electricity from wind, solar, hydro and biomass projects is the priority.

According to the Department for Business, Energy and Industrial Strategy we could convert all our domestic heating over to electric heat pumps. These heat pumps are three times more energy efficient per degree of heat produced than current gas boilers, but they are not without their drawbacks.

Such a move would double our use of electricity and at present there is not sufficient supply capacity to cope. In addition, residents will need educating about how to use heat pump systems as they should be left running permanently, otherwise they take time to gather heat, making them less effective in dealing with sudden winter cold snaps. The ambient temperature produced by heat pumps is also below most people’s comfort levels, unless their home is very well insulated, so in energy inefficient homes they may need to be supplemented by other forms of low-carbon heating.

Using batteries for safely storing electricity at home or converting heating systems from natural gas to hydrogen could be the next big developments in the domestic market, but both technologies are still at the experimental stage.

Good news is emerging on the supply side as the UK’s renewable sector outpaced fossil fuel plants on 137 days in 2019 to help the country’s energy system record its greenest year to date. Indeed renewable energy grew by 9% last year and was the UK’s largest electricity source in four of the last 12 months.

But changing where our energy comes from is only part of the answer – albeit it is a very important one.

We also need to stop the growing demand for energy, reduce our use of power where possible and take cardon dioxide out of the atmosphere. Planting millions of trees will contribute to this, but it is not the answer on its own.

Improving the energy efficiency of our homes and of the appliances we use on a daily basis will be key to delivering the necessary cuts in emissions. Our housing stock is relatively old and inefficient in its use of energy – only a quarter of our current homes have been built in the last 40 years. We will be relying on homes built between 1900 and 1950 for many decades to come.

While modern homes are more energy efficient, the drive to push higher efficiency standards has stalled – partly to help the building industry to recover from the recession of 2008-10 following the worldwide banking crash.

Then in 2015, the Government scrapped plans to make new homes zero-carbon from 2016 on cost grounds.

To get the rate of home insulation measures going again, the Climate Change Committee has pointed out that new policies are needed.

The CCC says the most expensive part of the transition to zero carbon will be the modification of 28 million home heating systems. Of the estimated £1trillion that getting to net zero may cost, half (£500bn) of this will go towards refitting domestic heating.

While it may be possible to convert social housing with mandated Government initiatives, it will require a clever combination of carrots and sticks to persuade owner-occupiers and private landlords to replace their gas central heating systems.

The Government’s recent election manifesto offered very little guidance to what it has in mind for the private rented sector, so it will be fascinating to see what policy direction it eventually takes. The Budget planned for 11 March may provide some clues.

Landlords with properties that do not meet the regulations must carry out energy efficiency measures on their homes, up to a cap of £3,500 a property. If they fail to upgrade their properties and rent out homes with an EPC rating of F or G, they are liable to fines up to a maximum of £5,000.

The rules were first introduced in 2018, but at the time they only covered new tenancies and renewals. From April, they will apply to all existing tenancies. This could affect upto an estimated 200,000 rented properties.

Responsibility for monitoring landlords’ compliance with the new rules and prosecuting any offenders is still a bit vague but will most likely fall on to local authority enforcement staff.

Central government is not interested in taking on this role, but council staff have told me in recent weeks that they will struggle to provide sufficient resources for this task.

The Housing Secretary’s first ‘big’ announcement of the New Year was telling us which councils will receive a share of the new £4million fund to crack down on criminal landlords and letting agents. Among the councils to benefit from the funding is the London Borough of Greenwich, for trialling new technology to identify particularly cold homes to ensure private renters are warm over the winter period. But the vast majority of winning bids are designed to improve property standards.

Surely this is a time when the Government should be showing off its Green credentials by demonstrating the action it will take to turn our housing stock into energy efficient homes.

We have not suffered anything like the terrible and devastating fires in Australia or the flooding in Indonesia, but it is only a few weeks since thousands of homes in Yorkshire and across the Midlands were submerged by floodwaters and rendered uninhabitable. We need action now to avoid such episodes from happening every year. 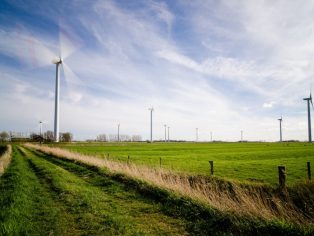