Over recent years mental health has become a “hot topic” within society. Hardly a day goes by without the press covering a new PR campaign encouraging people to open up about their mental health issues, or a new service launches to support the public’s mental wellbeing. Whether it’s due to a generational shift on the “British stiff upper lip”, or the stress and strain of modern life causing more mental health concerns, the change is powerful and important.

So much so, we’ve seen organisations in both the public and private sector reviewing their approach to staff wellbeing. A plethora of internal PR campaigns have no doubt been launched to encourage staff to open up and seek support when needed, and new policies put in place. These actions are important, but are they really making a difference?

We’ve all experienced a time when leaders of a company you work in say they’re committed to an initiative, but nothing changes because they aren’t practising what they preach.

So, when it comes to challenging the stigma around mental health, heads of organisations need to lead by example.

Heads need to act as role models for their staff and prove that it’s ok to be open and honest about mental health concerns. If applicable they should open up about their own personal experience with mental health challenges in order to legitimise discussion around the topic.

If leaders of organisations can do this, it’ll create a ripple effect that is vital for affecting broader change. Staff will soon follow the example of their leaders and this will filter through their day to day life.

Some of our customers suffer from a range of mental health issues and disorders, and staff are trained and experienced to support their wellbeing. Challenging the stigma of mental health internally will only encourage staff to do the same with their customers.

As well as leading by example, those leadership roles also need to ensure that staff who suffer from mental health issues have the space and support to contribute to the best of their ability. Leaders need to have conversations with staff and work with them to put in place the appropriate support at work, instead of ‘parking’ them in a role that has no room for progression.

At VIVID, we signed the “Time to Change Pledge”. The pledge was signed by Mark Perry, our Chief Executive, as a demonstrable sign of commitment from the very top of the organisation that our approach to mental health was going to change.

One of the most powerful actions taken as part of this was by our Head of Service, Steve. A roofer by trade, Steve is known across the company as someone who is as happy as having banter with a bunch of trade guys as he is in the office “doing management”. Steve decided to take himself out of his comfort zone and open up about a recent battle with his mental health after an operation. He wrote a blog which was published on our intranet.

The effect of this blog was phenomenal. Staff from all levels felt touched by Steve’s honesty and recognition that we can all be impacted by mental health issues no matter what your status in an organisation. Since then we’ve received many blog submissions from those wanting to share their story. This was a simple thing, but it made such an impact in a short space of time. If all leaders of housing associations were equally as open and honest, think about the effect this could have on staff and then on the vulnerable members of society who need our help and support. 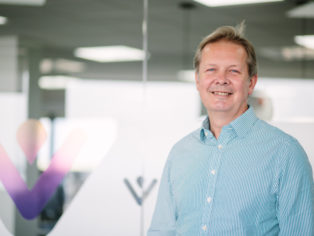